THE CANARY | The Long Journey of a Short Film

There is so much that goes into making any worthwhile project, and in the case of this short film that I shot and produced, it was worth sharing not only the teaser trailer below, but also a taste of what it takes to put something like this together from start to finish.

The director Karl Hermann and I met during our time studying acting at The Beverly Hills Playhouse in our early twenties. I was there flirting with what it would take to understand acting with my eye towards directing at the time, and Karl was there to pursue some acting as well as gain insight as a writer. I quickly shifted my focus from directing to cinematography, and Karl moved more towards writing and producing, but not before making strong friendships and learning a lot in the process. Even then Karl had a couple of short scripts that he was kicking around and thinking of making, but it wasn’t until we started discussing a historical thriller during the late summer of 2013 that we realized that we had to make THAT project. Centered on the character of Orville Combs, the Canary explored the post gold rush era in California during the 1800’s mixing in the themes of obsession and greed with a bit of supernatural flair. 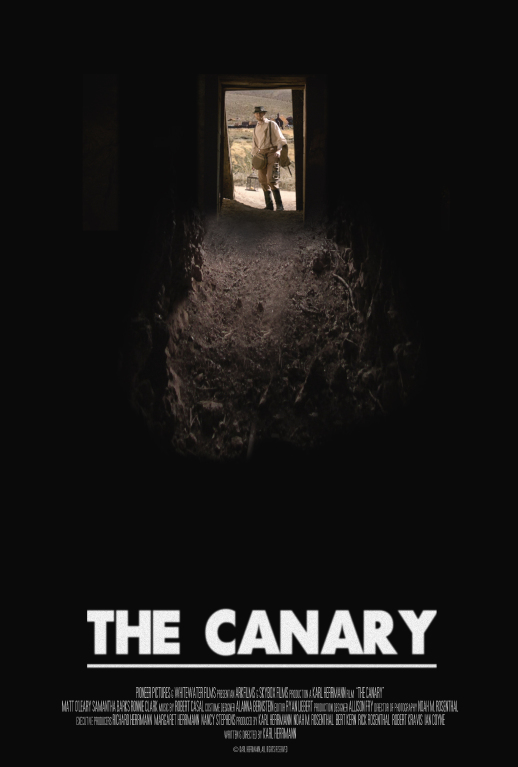 Karl went through several revision drafts of the script before bringing the project and a very impressive look book to a meeting at Whitewater Films with my dad Rick and producers Nick Morton and Bert Kern to discuss how to go about making a short film that had such grand vision, but knowing that we would face many “period” and location challenges. By that time it was February of 2014.

From this and a few more development meetings we knew a couple of things: Whitewater Films was in to produce with Bert Kern taking the lead, teaming with Karl’s producing partner Robbie of Pioneer Pictures. The budget was still a bit out of our comfort level because as a short film there really is no financial return – so we would need to continue looking for additional financing. We wanted Matt O’Leary to play Orville. He was available and interested. And we needed some winter footage for the final short and there was still some snow in the Sierras. Bert, Karl and I were all familiar with a newer crowd funding site called Seed & Spark, and we all thought that it offered a unique opportunity for the movie to be on a site that specifically curates film projects for online crowd funding. We thought that we could get a few things out of a splinter unit to the Ghost Town of Bodie: a pitch video, a comprehensive scout for principal photography, winter footage, and a chance for Karl (making his directorial debut) and Matt to work together before jumping into full on production. I had just recently purchased a Blackmagic Production Camera that shot 2.5K RAW video, so we cleared a weekend towards the end of March and headed up as a skeleton crew to get some footage to pitch the movie and have as wintertime transitions in the final piece. With help from the band Honey Honey recording a track from that era and Prehistoric Digital putting the finishing color touches on the RAW images, we had a really neat piece to help us raise some money and show some more of our vision for the short.

It wasn’t until later that summer that the crowd funding effort kicked off with the launch of the pitch video. For several weeks Karl devised a campaign that cast a wide net to help us secure the remaining funds that we needed to launch production that fall. We teamed with line producer Ian Coyne to help figure out what we would be able to do depending on where the crowd funding effort left us, and I approached Mike Carter at Panavision Hollywood who had said early on in our exploration (and lens tests) that he wanted to support our project. With his help we were able to secure a fantastic Alexa camera package and some vintage lenses that helped us achieve the classic period inspired look that we were after. While we were in the thick of the fundraising, we were also scouting for some very hard to find locations as well as putting together a shooting schedule, casting and getting a crew ready for principal photography the end of September. We managed to get some great people on board from actors (one of whom I had worked with on an AFI Cycle Film) to crew (a mix of really talented and hard working people) and ended up shooting in and around LA for 3 days before heading back up to Bodie for the 4th and final day of principal. 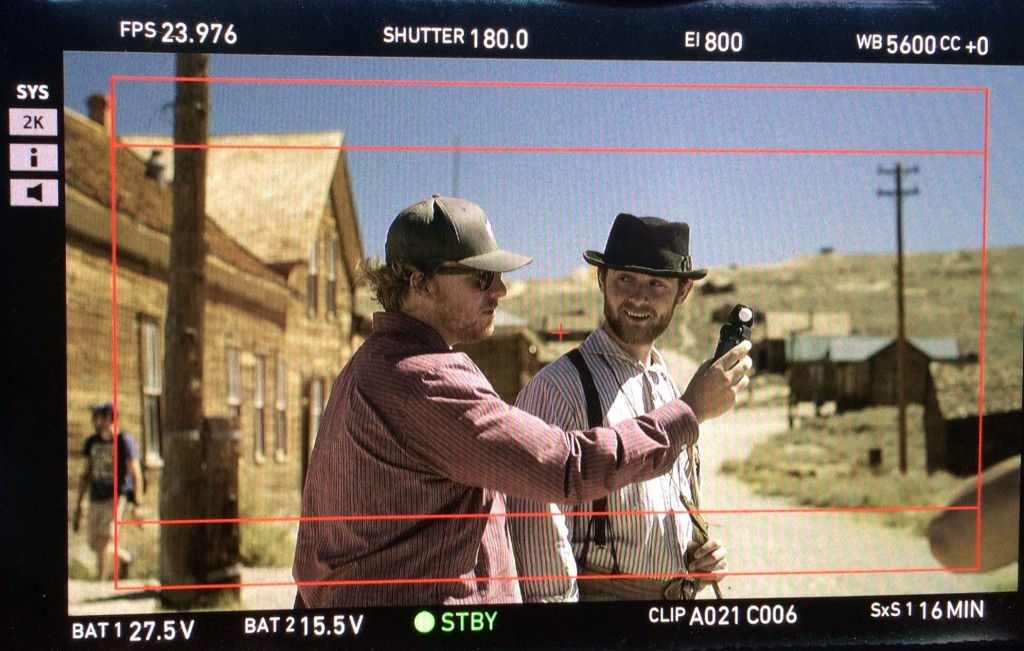 My 3rd collaboration with the very talented Matt O’Leary

While shooting in Bodie we actually were approached by a writer for ICG Magazine who was in the national park, stumbled upon our production and subsequently wanted to cover our shoot for an upcoming issue. That was an encouraging sign as we moved from production into post-production for sure! Karl and our editor Ryan Liebert turned around a first cut rather quickly – in two weeks! From there Karl and Ryan worked really hard on numerous cuts to find the right balance to Orville’s story. Despite their ability to churn out cuts quickly, it wasn’t until March of 2015 that we were completely finished with editing, score, sound mix and color timing. Crowd funding was crucial to helping us secure our production budget, but we ended up having to pull a lot of favors to get the movie finished, which means that we were often waiting for schedules to open up so that people could squeeze us in between other paying projects. We were able to get a really fantastic technical finishing of the film because people believed in it so much, but unfortunately the post process was much longer than we had hoped. 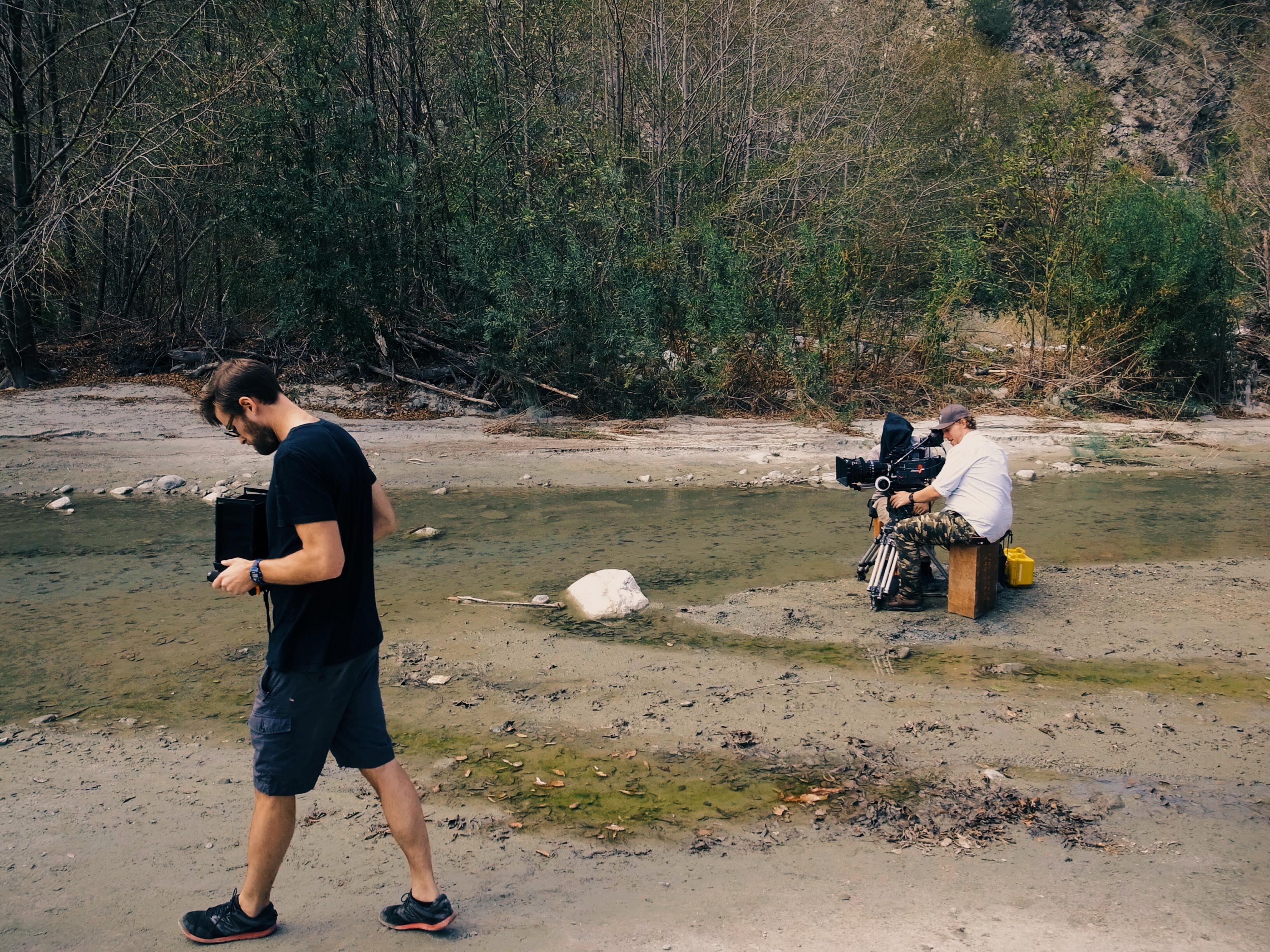 On location with Director Karl Hermann

The movie premiered to a fantastic response and discussion at the Sarasota Film Festival on April 16th, 2015. So even for a short form piece like THE CANARY, it took from our first connecting on the project August of 2013 to April of 2015 to screen the movie in public for the first time. Quite a long and twisting road, but one that is ultimately satisfying because it was certainly a good project with good people involved from top to bottom all the way through. I’m certainly proud of the work that Karl and I did together, the director that he became through the process and the movie that we all made together. So in the end, short films may be short in length, but they are not necessarily any quicker to make!

For a more comprehensive read on the approach to the physical production of the movie: THE CANARY | ICG Article

Despite the challenges of any production, making movies is such a fun and rewarding experience. The logistical challenges never seem that fun at the time, but with a little distance from the mini disasters, there is always experience gained and a laugh to be had. THE CANARY was no exception in this regard. The shoot was filled with some pretty amazing coincidences – the road that lead to our creek location on day 1 was Sierra Madre Road (TREASURE OF SIERRA MADRE was definitely a reference for the movie), the mine that we shot at in Agua Dulce was actually a gold exploration mine and the stove in the cabin that we shot at in Thousand Oaks was actually from the town of Bodie where the whole story takes place! And then there was the canary that flew the coop before we could get a shot of it, which lead to a re-arranging of the shooting schedule while we waited for canary #2 to arrive from a pet store run on a Saturday morning. That canary was at one point almost a parakeet because of budgetary restraints, but luckily we ended up with a reinforced cage and an awesome yellow canary who stayed on for the rest of shooting before finding a home with a lucky crew member. You can’t get much more indie than that!